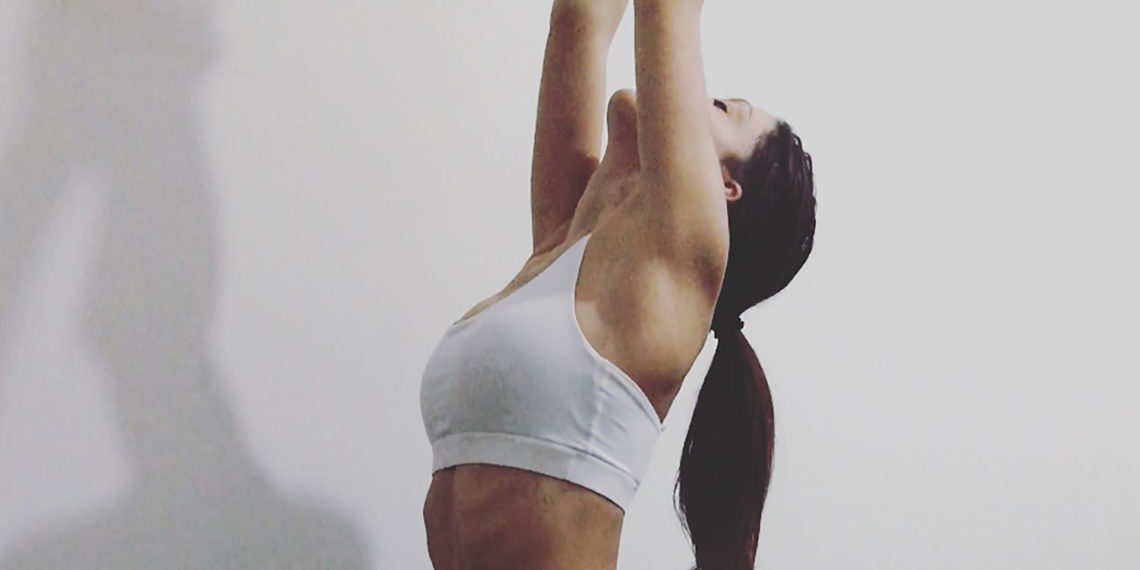 Ahiṃsā (devanagari अहिंसा) is a Sanskrit term generally translated as “non-violence“, consisting of a, “non”, and hiṃsā, a desirable form of the verb han “to kill” or “to harm”.
The term appears for the first time in the Chāndogya Upaniṣad, the concept was then elaborated and developed over the centuries in texts such as the Bhagavadgītā, the Purāṇa and Buddhist literature, originally intended as “absence of the desire to kill“, injure or damage in any way any living thing. 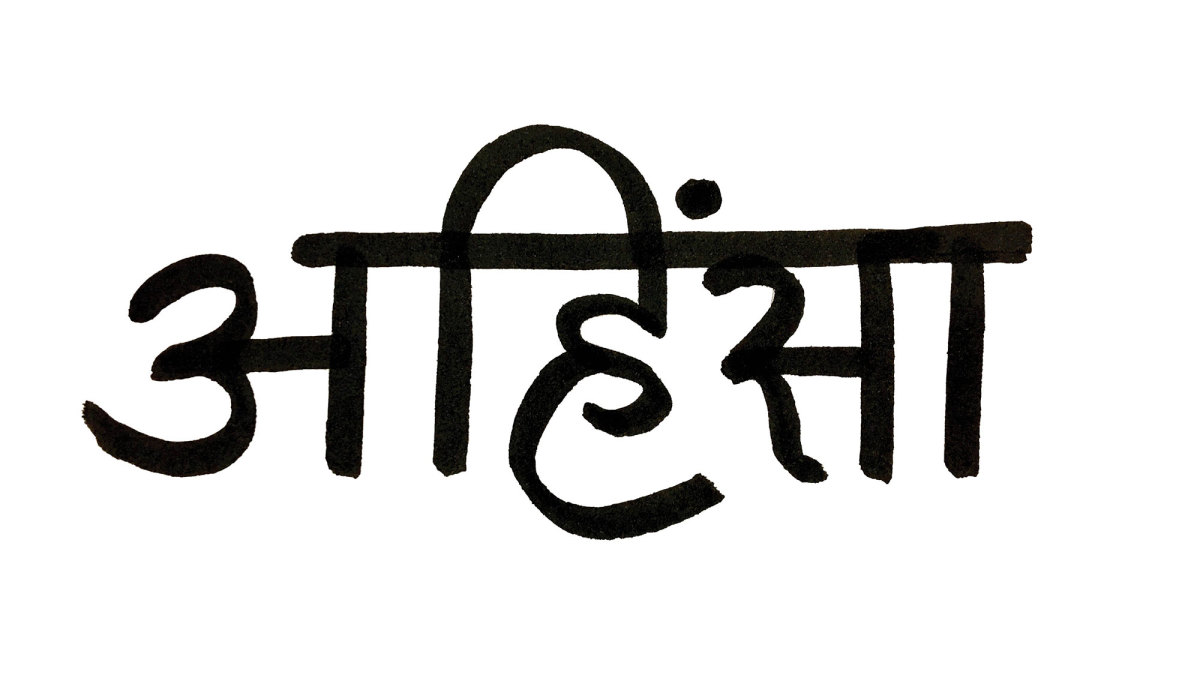 Ahimsa is the first of the five Yamas, often considered the most important. Yamas can be translated as abstinences or restraints and are considered as ethical principles which aim to improve the way a yogi behaves towards himself and others. Yamas can be seen as the beginning of the practitioner’s journey, the starting point, the place where the journey begins.

Patanjali dedicates the sutra 2.35 to the principle of Ahimsa:

In the presence of one firmly established in non violence, all hostilities cease.

This means that when a person firmly respects the principle of non-violence, those around him are heavily influenced.

The principle of Ahimsa has a very wide meaning, with this term in fact we mean non-violence towards people, animals, things, environment and also towards oneself: it means not to harm anyone or anything, to respect life in all its manifestation and be in connection with it in all its expressions. Non-violence must be at the basis of relationships between humans and all other creatures.

We must not harm others but above all we must not harm ourselves.
The forms of violence that we apply to ourselves can be: treating your body badly, not taking care of it or eating excessively, or when during the practice of yoga we perform the positions exaggerating, only to get to perform the most difficult variant.

When one exaggerates during practice commits violence towards oneself and when this happens the practice of yoga does not give benefits, but it can even cause damage.
The principle of non-violence instead should always be present in the yogi’s mind because it is among the most important. You must always respect your body, be patient, listen to yourself deeply, trying never to break Ahimsa.

Non-violence must be practiced not only through actions, even words and thoughts must not be violent or aggressive. It is therefore necessary to modify not only actions, but also thoughts that generate violence, words, conditioned vision, seeing others already with a certain predisposition.
Not to do violence to others is to respect the diversity of thought and sensitivity of each individual. You can think differently from how another person thinks, but still seek an encounter in the discussion space with an open and loving heart, with listening and not with imposition.
When someone makes a mistake we can help them understand this mistake, without making the situation worse and further humiliating them. The point is to generate understanding with love and not anger, causing an even bigger wound.

It is important to be humble and not overestimate yourself at the expense of other people’s feelings.
This doesn’t mean that we don’t have to be happy or get what we want, but we don’t have to lose ourselves in it.
We cannot take something, that we do not reach or want for ourselves, with violence, in this way there will always be a void that must be filled. 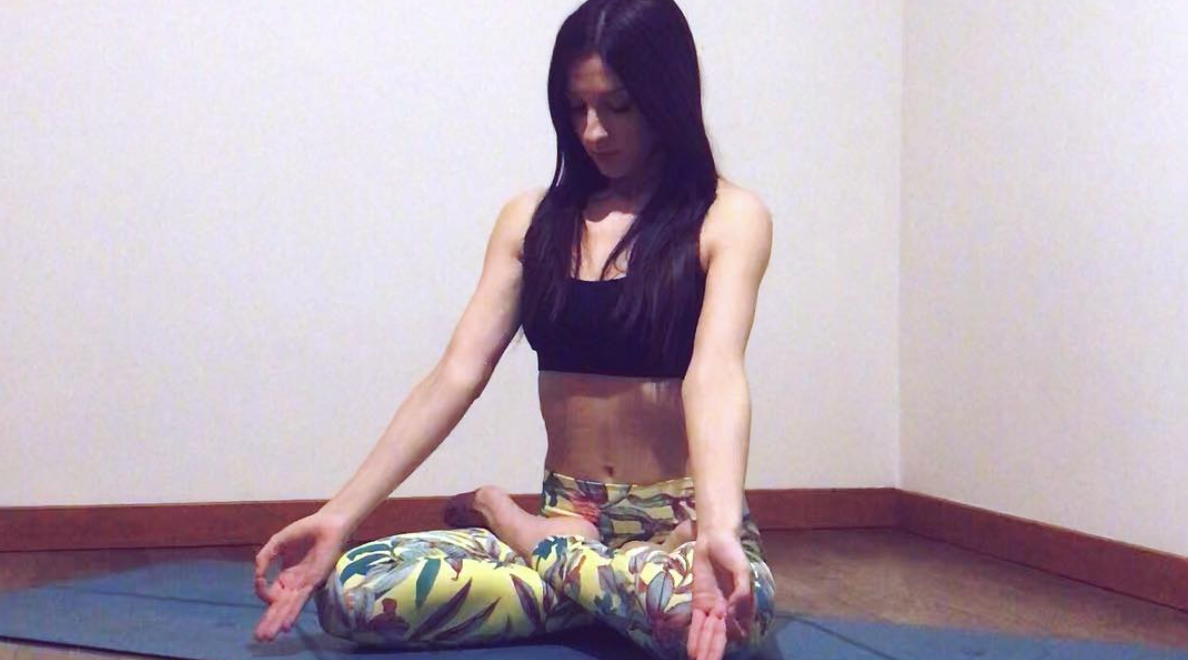 Another fundamental aspect is nutrition: I believe that, especially those who embark on a yogic journey, they must also pay close attention to their nutrition, to what they bring to their table, because eating is also a form of violence.
We feed on resources that are themselves alive and we often eat more than is necessary to ensure good health.
Practicing Ahimsa in feeding means not harming any creature and not feeding on the suffering of any animal. Because unlike what general thought states, animals are not on this planet so that we can feed on them, but they are here with us and exactly like us. We have to understand this.
In addition, what we eat also defines what we are because we absorb energy from food. A creature who has known only suffering, living a short life full of torture, who has been condemned to death prematurely – when instead all he/she wished would have been to live – can only transmit those same energies that he/she felt and experienced.

However, it is practically impossible to practice total non-violence as regards nutrition, because for example, even if we were vegetarians or vegans, we would still kill the microorganisms present in the air and the plants we would eat. However, we can set off towards more respectful and aware choices, and if we really cannot avoid doing harm, we can at least commit ourselves to do as little harm as possible by deciding not to kill an animal to feed on it.
Eating vegetarian or vegan implies less violence than eating meat and animal derivatives, especially because nowadays we are all perfectly aware of how animals are raised and killed both as regards meat and for example for production of milk and eggs.
In addition, these breeding methods not only have direct feedback on animals, but also cause significant damage to the environment.
Of course, like any form of life, we need to feed ourselves, but what sets us apart is the possibility of choice, so we can adopt a lifestyle that is as respectful as possible to nature and the environment. 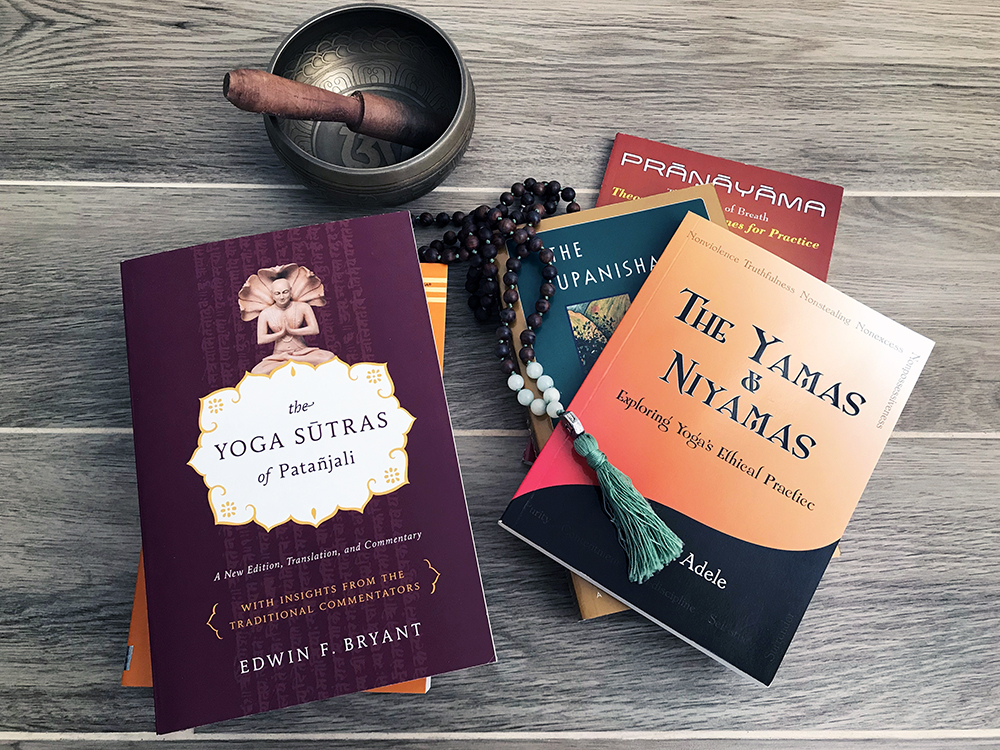 Non-violence leads us to balance and evolution; to bring Ahimsa into our life we can begin to recognize the acts of violence that we normally do during the day or those that we suffer, all the attitudes that we have and that prevent us from feeling at peace, then take it internally and start working on our intention purifying it from the seed of violence. Or we can act on our intentions first and then bring peace to the outside.

It is a long process, which does not happen overnight, but with constant effort.
A very effective way to cultivate the principle of non-violence is to practice a lot of yoga and meditation to be able to be more aware of your thoughts, because everything in our life comes from thought, actions and words in fact always originate from thoughts.

Empathy and compassion must be cultivated. If we commit ourselves to cultivating the art of identifying ourselves with the other, we understand that the soul of the other is ours. By developing this ability we develop love for every being in the Universe and enter into union with the Whole.

Avoiding hurting every creature is true wisdom, all the rest is ignorance.

What are the actions you take every day to bring ahimsa into your daily life? Tell me in the comments!

Hi, I'm Melissa, I decided to create this small space to tell and share my experience, my journey in yoga. I met yoga in 2017 when I started practicing Ashtanga and it immediately became a daily practice and an integral part of my life. In 2019 I decided to take a deeper training path, becoming a Yoga Alliance 200h certified teacher. I hope, with this blog, that I can be of help to all those people who would like to start practicing yoga or who are looking for ideas and advice. 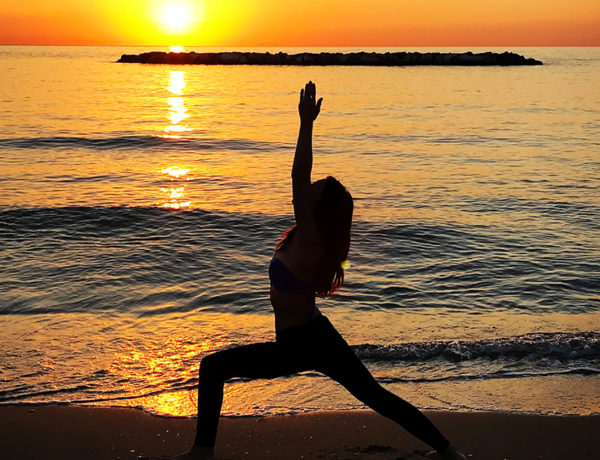 Be brave enough to choose yourself even when other

Happiness will never come to those who fail to app

Don’t wait for everything to be perfect before y

You do not need to know precisely what is happenin